In a press release dated 12.5.2020, the Prosecutor’s Office of Republic of Bulgaria (PORB) announced that the Prosecutor-General had approved guidelines according to which ‘action will be taken to seize motor vehicles as items of evidence when initiating pretrial proceedings of intentional traffic criminal offenses. In addition to that, the competent courts would be petitioned, requesting the issuance of orders authorizing the confiscation of the vehicles concerned.’ Thus, the scope of the current provisions of the Criminal Code, which provide for ‘the confiscation by the State of the means used to commit an intentional crime by the perpetrator,’ is effectively being expanded.

At the same time, the PORB submitted to representatives of the government and the parliament a set of proposed amendments to the current provisions of the Criminal Code regarding intentional traffic offenses, including drink-driving or driving after the use of narcotic drugs. According to the proposed changes, the motor vehicles involved in traffic offenses caused by drivers who have used alcohol or narcotic drugs will be confiscated by the State, regardless of their ownership, i.e., even if they are property of third parties other than the driver responsible for the crime.

We appeal to the representatives of public institutions, journalists, non-governmental organizations and citizens not to allow such an attack on the inviolability of private property — a fundamental tenet of the rule of law — without proper legal grounds or an assessment of the necessary balance in the protection of public and private interest. The adoption of various increasingly repressive measures to counteract crime is an easy way of gaining public approval. Still, it cannot be the sole rationale for the government’s adoption of new and increasing the severity of existing sanctions. Neither can it be a justification for making abrupt U-turns in the application of specific provisions and institutes of criminal law, particularly in the absence of sound legal arguments justifying the need for such action.

According to annual police statistics for 2019, the total number of solved crimes in Bulgaria stood at 43 224, including 6 540 offenses involving various elements of the crime envisaged in Article 343b of the Criminal Code and 1 408 offenses involving multiple elements of the crime envisaged in Article 434c of the Criminal Code. Considering the proposed amendments, this means that thousands of motor vehicles will be annually seized with a view of their confiscation—an act that will cause several problems to arise:

1) From a legal standpoint, it is exceedingly difficult to argue that a motor vehicle is a means as opposed to an object of a traffic crime. This distinction is necessary because according to Article 53(1)(a) of the Criminal Code the object of a crime that the State may confiscate includes ‘chattels belonging to the party found guilty, intended for or used to commit an intentional crime’, i.e., the means of a crime, whereas according to subparagraph b) of the same Article ‘the object of the crime shall be seized and confiscated solely where this is expressly provided for in the chapter containing the special provisions of the Criminal Code.’ The latter does not expressly provide for confiscation in the case of traffic crimes. It is commonly accepted in legal theory that the main distinction between an ‘object’ and a ‘means’ of a crime is that the former concerns an element of the societal relations, which the Criminal Code seeks to protect or a substantive prerequisite for the existence of such relations, but always as an element of the relations concerned. In contrast, the latter is external — something that the perpetrator chooses to use to cause the harm intended (cf. Girginov Bulgarian Criminal Law. General Part, pages 109—112; Stoynov, Criminal Law. General Part, pages 151—152). For example, a firearm is the object (and not the means) of the criminal offense of unlawful possession of a firearm but is the means (and not the object) of a crime if the perpetrator used it to commit murder. Once again, it is commonly accepted in legal theory that the motor vehicle may not be deemed extraneous to the societal relations protected by the provisions governing traffic offenses, i.e., they cannot be regarded as something external, which the perpetrator has chosen to use to harm societal relations. On the contrary, the motor vehicle is an essential element of the societal relations concerned because the cited provisions envisage violations of the rules for the safe operation of means of transport, which would be meaningless in their absence.

Fifteen years ago, the Prosecutor’s Office in the Plovdiv appellate district made several attempts to alter the interpretation of the law so that motor vehicles be deemed as means used to commit the crime of driving with a blood alcohol content of more than 0.5 grams per liter following guidelines issued by the Plovdiv Appellate Prosecution Office that bear a substantial similarity to those recently published by the Prosecutor-General. This interpretation was rejected by the Plovdiv Provincial Court and the Plovdiv Appellate Court, and the seizures of motor vehicles operated by drunk drivers by investigation bodies at the pretrial phase were discontinued six months after the practice began.

Since then, without further amendments to the law, the matter of the seizure of motor vehicles from drivers found to have committed traffic crimes has never been raised again. Now, the guidelines issued by the Prosecutor-General once again instruct rank and file prosecutors to apply a mandatory interpretation that directly contradicts the law as applied in tens of thousands of cases adjudicated by final judgments.

A question to which no meaningful answer has been given is why, given the voluminous and consistent case-law on the crimes concerned, and the purportedly genuine desire of the lawmaker to ensure that motor vehicles involved in road accidents due to drink-driving are seized and confiscated, the Criminal Code has not been amended so far, despite a variety of provisions governing road traffic accidents having been modified on numerous occasions in the interim period?

2) From a criminological standpoint, there are no reasonable arguments that justify the pursuit of stronger effective criminal repression as a countermeasure against the group of intentional crimes comprising the most common traffic criminal offenses. As already mentioned, albeit substantive law has not been amended to date, no motor vehicles have been seized/temporarily apprehended/permanently confiscated in stark contrast to the steps that are now being taken to secure this outcome.

This clearly demonstrates a downward trend in the number of recorded crimes committed under the two cited articles of the Criminal Code, which indicates, with a degree of certainty, that the actual number of committed intentional traffic crimes has also registered a significant decrease. The clearance rate for these types of crimes is extremely high because by law they are not reported by citizens (unlike robberies, burglaries or rape) but are ascertained by the competent bodies responsible for road and traffic control, meaning that almost all recorded crimes are solved and that their perpetrators are known. The levels of (hidden) crimes, i.e., those not recorded by official statistics, may be significantly higher than official figures, but this—all other conditions being equal—would be valid for any period under review. For a conclusion to be reached that the number of these crimes has been continually increasing, meaning that a change in the treatment of perpetrators is justified, against a clear downward trend in terms of the number of recorded criminal offenses, information must be available that indicates significantly relaxed traffic control due to organizational reasons or corruption. Available data do not show any such development. It should be kept in kind that driving a motor vehicle following the use of narcotic drugs is a trend that became visible in recent years due to the unavailability of testing capacity in previous years. In other words, it is likely that ten years ago, this crime was likewise much more prevalent than it is today.

3) From a logical standpoint, public funds in a significant amount will be needed to secure the seizure of thousands of motor vehicles from citizens as evidence. These will have to be stored until a court has ruled on their confiscation.

Concerning the idea to introduce amendments to the law to enable the seizure of motor vehicles involved in the commission of intentional traffic crimes, including when the owner is a party other than the legal owner of the car, the party proposing the amendments should take into account that the Criminal Code already contains provisions in this vein, albeit these apply to different types of crimes. For example, Article 242(8) stipulates that ‘the motor vehicle used for the transport or carriage of smuggled goods shall be confiscated by the State, even when it is not owned by the perpetrator, except when there is a clear discrepancy between its value and the severity of the crime.’

The application of this provision by the national courts without a proportionality test being applied has led to Bulgaria being sentenced by the European Court of Human Rights (ECtHR) in the cases Ünsped Paket Servisi SaN. Ve TiC. A.Ş. v. Bulgaria and Dumagas Transport S.A. v. Bulgaria, in which lorries owned by legal persons established in countries other than Bulgaria were confiscated in criminal proceedings for qualified smuggling of goods subject to customs duties without the owners of the goods being given an opportunity to demonstrate good faith or defend themselves in any way against the confiscation of their property.

Furthermore, Case C-393/19 referred to the Court of Justice of the European Union (CJEU) for a preliminary ruling by the Plovdiv Appellate Court is currently pending. In the reference for a preliminary ruling, the Plovdiv Appellate Court asks the CJEU whether a provision envisaging the confiscation of motor vehicles under the cited Article contravenes the European Charter of Fundamental Rights if the third party owner did not know and could not have reasonably known that its property was used for the commission of a crime — an essential determination to be made to ensure a proper balance between the protection of public interest and private property.

In any case, before expanding the scope of the current provisions on the confiscation of the object or means of a crime from third party owners who cannot be proven to have in any way be involved in or linked to the committed crime, the CJEU preliminary ruling should be awaited to preclude a conflict between provisions laid down in national and EU law. 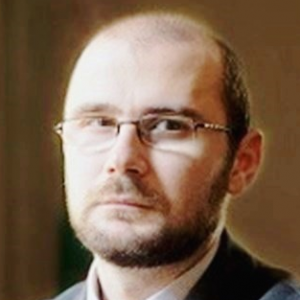 Analysis: THE WRONGFUL INVOCATION OF THE INVESTIGATIVE SECRET EXEMPTION IN ADMINISTRATIVE BODIES’ REFUSALS TO PROVIDE ACCESS TO PUBLIC INFORMATION

Was there a fictitious payment bearing Karimanski’s signature: What the forensic report reveal

ACF: We have reported violations involving BGN 294 million to the PFIA — in most cases the Agency does not react or classifies the information

Some interesting facts revealed by the preferential votes

Broken Legitimacy: prevalence and impact of controlled and purchased voting in Bulgaria

"The Eight Dwarfs" - The facts, a legal analysis, conclusions, and an appeal to the institutions

Ten questions about “The Eight Dwarfs” that remain unanswered

IDENTIFIED PROBLEMS WITH PROSECUTION PROCEEDINGS DURING ТHE STATE OF EMERGENCY

FEAST IN TIMES OF PLAGUE: How the Bulgarian Food Safety Agency gave away millions for animal carcass disposal

From Pazardzhik To Prague: Ginka Varbakova and the multilevel clientelism and corruption in the energy sector