Some interesting facts revealed by the preferential votes

Continuing the efforts to identify practices of vote purchasing and manipulation by analyzing unusual voting behavior, the Anti-Corruption Fund teamed up with experts from the Data for Good Association to examine the preferential votes by party and by candidates.

The data we used are the open data for the election results, published by the Information Services and the Central Election Commission.

What does the distribution of preferential votes by party look like?

The preference is a mechanism that allows voters to rearrange the parties’ candidate lists. The use of preferences ensures greater citizen participation in the selection of their parliamentary representatives.

Figures 1-7 show the received preferential votes: by party, by multi-member constituency, and by candidates in party lists. (Visualization: Data for Good Association)

Table 1 illustrates the proportion of preferential votes out of all the received votes by each party. The objective of this comparison is to determine the electoral profile of the parties and the extent to which each party’s electorate uses the preference.

The aggregated data show that the highest number of preferential votes were cast by the electorate of the Democratic Bulgaria coalition, where every second vote was preferential.

Around 38% of the GERB-SDS voters also made use of the preference.

The lowest interest in preferences was observed in the voters of the Movement for Rights and Freedoms.

At the same time, we took into account the dispersion (the way random variables are distributed relative to the mean) in order to isolate the cases where the concentration of preferential votes is unusually high.

This is a potential indicator for mechanisms influencing the election results.

We made the following calculation at the level of parties and candidates:

It is noteworthy that the dispersion is significantly higher in respect of the votes for GERB, and the MRF votes have the second-highest dispersion, even though that party’s electorate made little use of the preference.

We are sharing a list of the candidates who received a large number of preferences in a few polling stations. 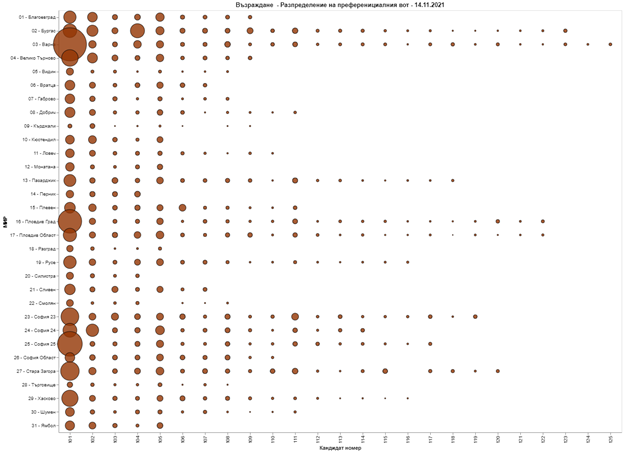 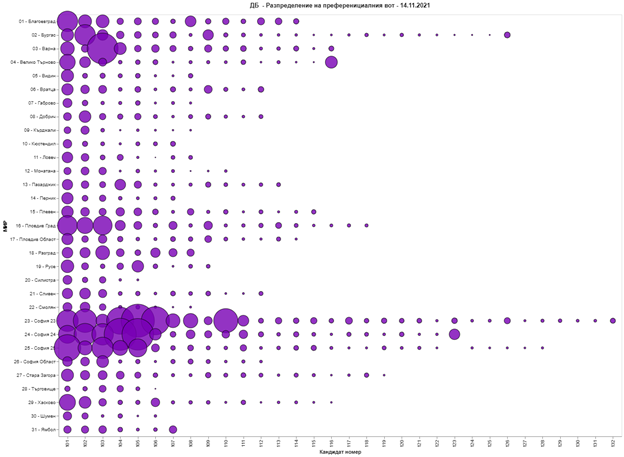 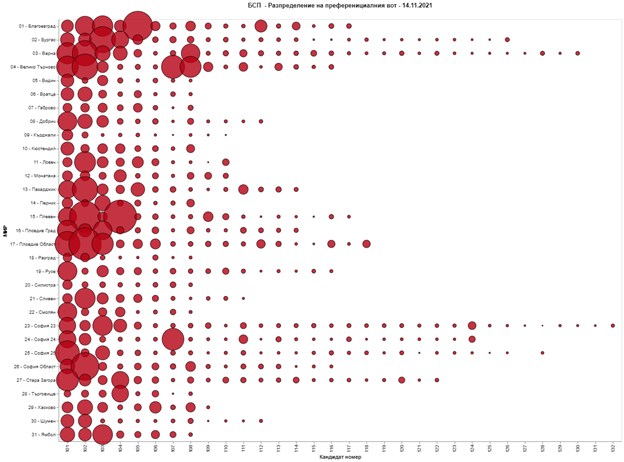 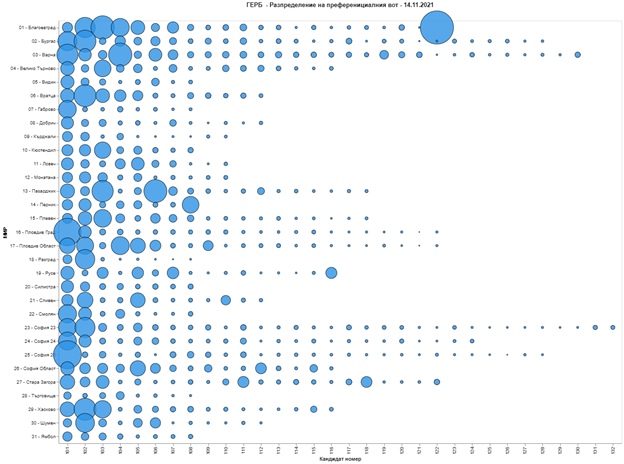 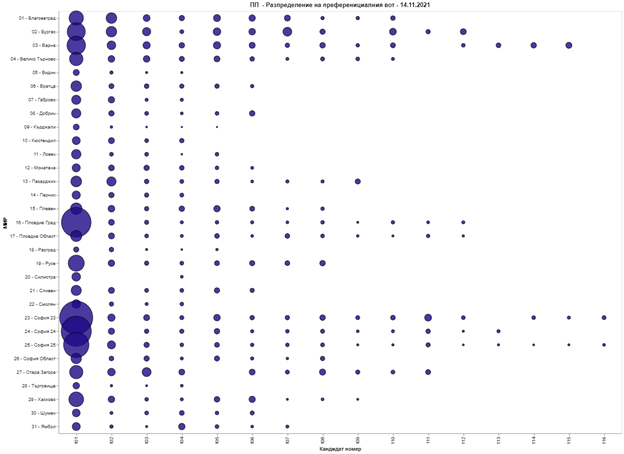 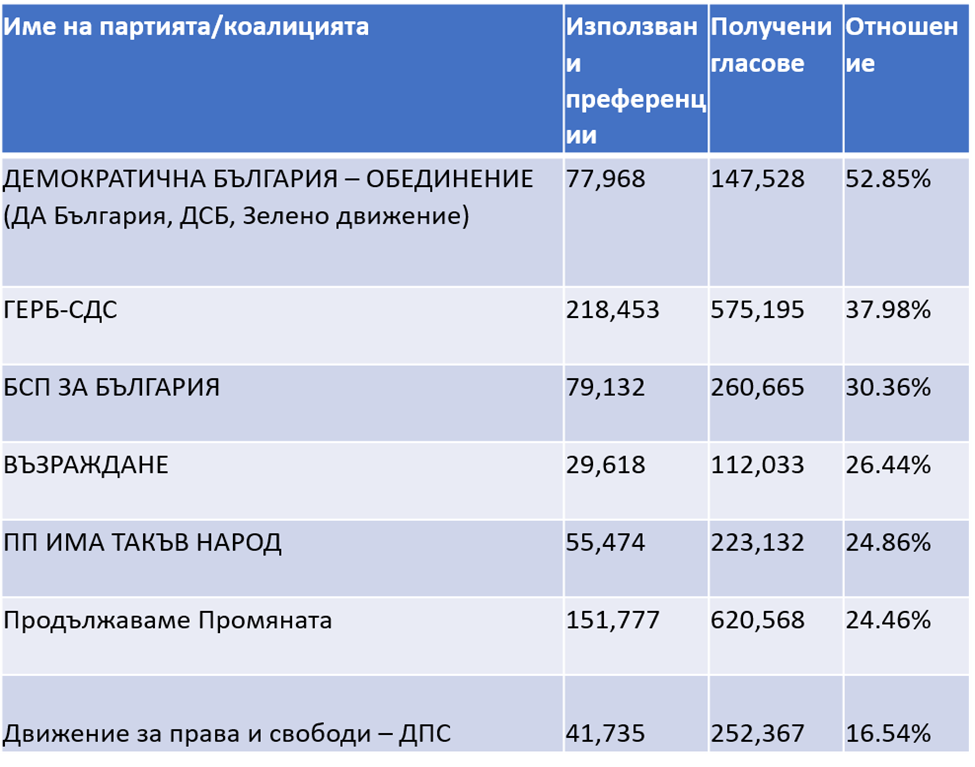